Jantz Hoffman received his masters in business with a certificate in finance from Colorado State University in 2014 and his bachelors degree in education from Humboldt State University in 2002, where he was also a NCAA  all conference athlete.  After receiving his bachelors degree he proceeded to work in the fast paced environment of hedge funds.  Working his way up from an entry level position, Jantz became the director of FX trading  overseeing a team responsible over $100 MM in asset traded.  In 2009 Jantz co-founded a Commodities Trading Advisory firm with the former business conduct chairman of the Chicago Board of Exchange.

In 2010, Jantz started down the path of assisting those burdened by student debt when he was contacted by a good friend struggling to manage more than $300,000 in student debt.  Upon completion of assisting his friend with managing her student loan repayment, Jantz was being contacted weekly from others in similar predicaments who had heard of the assistance he was providing.  In 2012 Jantz sold his interest in the Commodities Trading Advisory and began focusing his efforts 100% on helping out the millions of people weighed down by student debt.

In December of 2012 Jantz was featured in an article of the NY Times titled, “For Student Borrowers, Relief Now May Mean a Big Tax Bill Later” and he appeared on PBS’s “Nightly Business Report”.  Since 2012 Jantz has supported numerous advisory firms with more than 1,000 advisors in a consultative role offering planning recommendations, when prospective clients had student debt.

Currently Jantz is the president of a Washington State Investment Advisory firm, CSLA financial Inc, which provides asset management and financial planing services.  Jantz is also the chairman of the board for the Certified Student Loan Advisors Board of Standards, a 501c3 non –profit that in partnership with Humboldt State University administers and oversees the ethical and professional standards of the Certified Student Loan Professional (CSLP®) designation.  Mr. Hoffman is co-instructor of the CSLP® coursework is offered through the California State University System in partnership with Humboldt State University.  The 400 level business course has been approved for Continuing Education credits for Certified Financial Planners (CFP®), and Certified Public Accountants (CPA).  Finally, Jantz is  also a partner in CSLA Tech LLC, a company that provides a web based application used by financial advisors to analyze and make recommendations about loan repayment options. 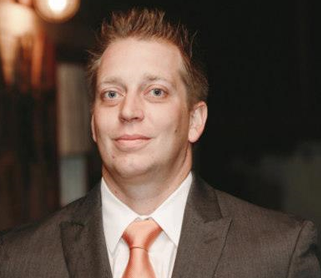